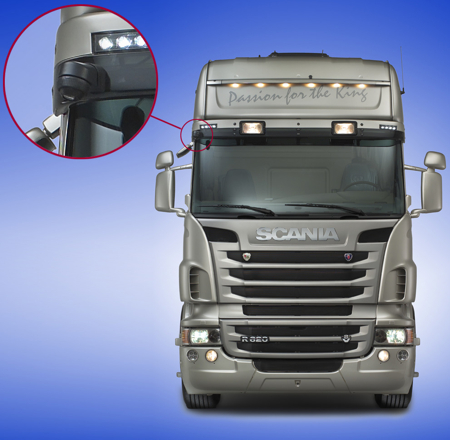 Plenty of attention is being lavished on the Scania Camera System upon the launch of the new Scania R series.

This camera system has been developed in collaboration with Orlaco and Scania headquarters. The camera is ideally positioned on this splendid new truck using a special camera bracket.

As well as tucking the camera neatly away on the sun cover, the bracket also ensures that fitting the camera is easier than ever.

We would also like to take this opportunity to congratulate Scania on scooping the International Truck of the Year Award.