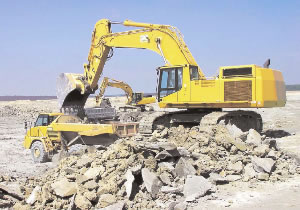 Early in 2009 at a Limestone Mine in North-eastern United States one of thier Excavator Cabins was cited by the Mine Safety & Health Administration (MSHA) as needing immediate improvement, as the permissable exposure limits (PEL) for diesel particulate matter (DPM) for the operator were exceeding the 160 µm3 maximum daily exposure rate. Solutions that worked for larger particulate were ineffective at reducing the DPM exposure.

Mine Manager achieves greater than 400% reduction in DPM Exposure

A recent interview with a underground was worth sharing with a broader audience. Early in 2009 at a Limestone Mine in North-eastern United States one of their Excavator Cabins was cited by the Mine Safety & Health Administration (MSHA) as needing immediate improvement, as the permissible exposure limits (PEL) for diesel particulate matter (DPM) for the operator were exceeding the 160 µm3 maximum daily exposure rate. Solutions that worked for larger particulate were ineffective at reducing the DPM exposure.

“Ventilation does not work as well on DPM as we would like; the particles are aerosol sized and they are not easy to direct with ventilation.”

The Mine Manager, aware of Sy-Klone’s RESPA-SD+SDX system, decided to test whether it was as effective on DPM as the manufacturer claimed. The Cabin on the machine was in poor condition so they replaced it with an aftermarket Cabin. The new Cabin was fitted up with the RESPA SD+SDX+ ICPSensor System, which handles both the External and the Recirculation air systems. Time was spent to insure the aftermarket Cabin was well sealed and that the plumbing on the RESPA SD+SDX+ ICPSensor System was properly installed.

The safety officer ran the Operator through the same DPM exposure test and found that the total daily DPM exposure was only 20% of the Maximum allowable daily exposure of 160 µm3 (cubic micrograms). After 250 hours of run time on the same filters the Operator remarked about the lack of dust in his cab and how clean it had remained.

“The RESPA-SD+SDX produces results unlike anything we have ever tried at a very low cost. I figure the cost of the RESPA system is less than one MSHA fine.“

“The results we have experienced with the removal of the DPM from the operator cab have been nothing short of remarkable, we have seen over a 400% drop in DPM in the Operator Cabin.” - Underground Mine Manager

It logically follows that the cab has to be the safe haven for the operator while working his shift. It is also the one area in the mine that can be managed effectively with inexpensive engineering controls ie. a sealed cab equipped with RESPA SD+ SDX Cabin Air Quality System.

DPM removal is compelling, but there are even more compelling cost savings associated with the use of the RESPA System. Air conditioner failures are a major source of downtime cost. If the AC is not working the machine is taken off line until the AC is fixed. Keeping the interior of the Cabin clean does several very positive things.

RESPA-SD+ SDX+ICPSensor "Clean Air" Systems are the least expensive AND most effective tools available to mine owners for air quality improvement in operator Cabins. See our Product Information. 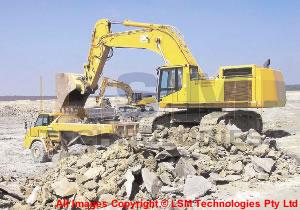