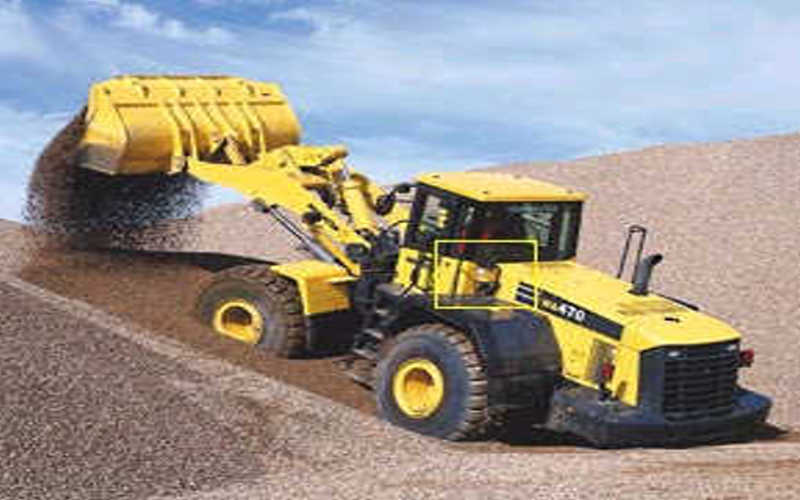 The central lubrication system is completely monitored with 2 sensors. They check the feed of lubricant and the reservoir level. A CLS control system designed especially for Komatsu communicates with the on-board computer. If a fault occurs, it is shown on the machine's display in the cab.

This recipe for success is based on the great reliability of VOGEL's progressive system in rough and tough everyday operation, together with an optimal monitoring concept as well as top-flight installation techniques using prefabricated steel tubing and shaped guards.

Komatsu is the only manufacturer selling 15 to 30-ton wheel loaders that come with central lubrication as a standard feature. Komatsu serves the European market, Australia, New Zealand and North Africa.

Komatsu and VOGEL - a partnership based on quality.